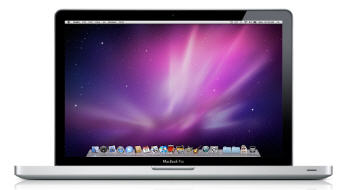 Thinking of buying a Mac? I was, for about the last 5 years.

So why did it take so long before I finally pulled the trigger today?

Price, Steve Jobs, and uncertainty that it was worth the fortune I had to pay for it.

I bought a MacBook Pro 15 with high resolution anti-glare screen from MacMall, one of the best online retailers for buying a Mac or anything from Apple.

For the price I paid for a MacBook Pro 15 with high resolution anti-glare screen, 2.4Ghz Intel i5 processor, 4 GB RAM, a 320GB pathetic 5400rpm hard drive (they shouldn’t even manufacture those pieces of crap), and horrible 1 year warranty I could have had a top of the line Dell Latitude E6510 with a 2.66Ghz i5 processor, 4GB RAM, 7200rpm hard drive and a 3 year CompleteCare warranty that would even cover accidental damage.

I did NOT buy Apple’s extended warranty for $238 because it doesn’t cover accidental damage, which is the biggest risk for a laptop. And to buy the other providers coverage from MacMall that does cover that damage is just too expensive. I’ll save the money and either use if for repairs or to buy a newer Mac later on.

Keep in mind that taking care of your laptop is the best way to get long life. My Windows laptop is approaching 7 years old with no damage, just a little wear from my hands & fingers. And that laptop has been on airplanes many times, in and out of my truck and client locations thousands of times, and carried around the house and outside.

Why I finally decided to buy a Mac

Windows 7 is an improvement on the Windows side of PC’s, but Mac’s still have a reputation for ease of use and stability.

A friend of mine previously had 2 desktop Windows PC’s and a Windows laptop. They bought an iMac for their graphics inclined son year ago, bought an iPad a few months ago and are so happy with what the Macs do and how they do it that they bought a MacBook for their other son for college, a MacBook Pro for his wife and a Mac for the family.

If this was an isolated incident, it wouldn’t mean much. But with iPhones ruling the mobile world despite being exclusive to the worst carrier in the country, iPads revolutionizing home computing and most everyone I know at least THINKING about buying a Mac for their next PC, one has to give it consideration.

Even in the office environment, I was just getting the lowdown on a doctor’s office that just recently had one of my associates rip out every Windows workstation and replace them with a Mac. What they are now doing with X-rays, images and documents is astounding.

How I chose the specific options on the MacBook Pro

OK, you have decided to buy a Mac, how do you know which one to get?

Well, for the price, the MacBook Pro seems to be the choice. Keeping things mobile makes sense these days so a laptop rules over a desktop in many if not most cases.

The 13″ unit is better to carry around, but has the screen resolution little better than my Asus Eee PC – and if I want something more limiting, I’ll be happy to sacrifice a little more and get by with a $300 Eee PC!

Now, glossy versus anti-glare. Unless you are going to watch movies in a dark room, I have a hard time believing you won’t appreciate the anti-glare screen. Who wants to have a mirror for a laptop screen? The downside is that Apple charges through the nose for it.

Two grand was about my limit for buying a laptop; period. To stay at that I had to have limits. Apple charges way too much for processor upgrades like everything else. Truth is that I knew the throttle was NOT going to be processor, but hard drive, just like any other PC. So I stuck with the 2.4Ghz, opting to save my money for an SSD.

We are not going to do fancy video editing or image processing on this laptop, in truth a desktop PC is more economical for all that power. 4GB is all I could afford, Apple wants $360 more for 8GB! I didn’t see what benefit I would get for all that money. I can buy an SSD drive for a lot less and gain more performance.

Their SSD price isn’t quite as much of a ripoff as Dell’s, but I’ll buy mine on my own and have the 5400rpm drive as an ‘initial state’ backup drive. Besides, Apple doesn’t tell you anything about the SSD you would be getting from them. May not be the latest generation drive for all I know.

As discussed above, I chose to save the money on the extended warranty to either replace the MacBook Pro with a newer one later on or possible a repair. If a repair costs more than the $238 the warranty costs, I will probably opt toward ebay’ing the parts and just buy a new one.

I think there are a lot of reasons to be looking into switching to a Mac, and the MacBook Pro is a great option for doing so – regardless of the outrageous price.

Get the most for your money when buying a Mac by shopping at MacMall.

(Keep in mind that even though I now own a Mac, I am not switching to Mac lock, stock and barrel. Not only can I not afford that, I have just too many good running Windows PC’s and laptops around the house and office.)