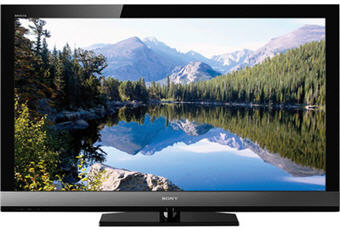 As it would happen, our 8 year old Toshiba 52″ projection TV decided to freak out with convergence problems putting us in the market for a new HDTV with internet.

So I decided it was time to refresh my memory on the different technologies available and how all of that intertwined with the new 3D TV technology.

A good 3D HDTV will give you 240hz refresh rate as compared to 120hz on your 2D models. What this means is that even if you are NOT watching 3D content, a good 3D HDTV is capable of a nicer, sharper picture than a non-3D TV. So don’t avoid 3D TV just because you don’t expect to watch cartoons in 3D.

There will obviously be more and more content in 3D coming soon. ESPN sports offers a couple channels right now, but only on DirectTV. DishNetwork is expected to have some 3D channels perhaps in March 2011, probably sports.

The Catch With 3D Glasses

The catch is that to watch a 3D HDTV at all, without it looking blurry, is to have a set of 3D glasses matched to that TV. Currently they run about $150 each, so don’t expect to invite 20 friends over to watch 3D football on the holidays or Super Bowl!

The next thing is this: if you buy 5 sets of glasses for this TV and you decide to upgrade TV’s in a few years and keep the glasses, you will have to stay with the SAME brand of TV, the glasses are NOT interchangeable between vendors. That encourages brand loyalty.

Naturally, many new sets come with 2 pairs of glasses, but for most of us, that is not enough. Plan on the glasses being replaced with the TV just to be on the safe side – they could be broken before then anyway.

For many years I have taken the Gary North promoted concept of “buy the best, pay cash, take delivery”; but I am kind of tempted to buy a good 2D set, sans any glasses or free Blu-ray player I don’t need yet (our PS3 does 2D Blu-ray just fine and now with a recent firmware the PS3 also does 3D Blu-ray) and get out the door for $1200 or less.

Then in a couple of years when there actually is a lot of 3D content out there, the special glasses have come down in price, and maybe there is a person or two fewer living here to buy them for anyway, THEN buy a nice, big, 3D HDTV and not have over $3000 in it.

A couple of the nice things I am looking forward to with this new TV is the USB connectivity for displaying slideshows like a big digital photo frame (we can do that with our NAS too) and watching YouTube videos and other digital content without having to go through the PlayStation 3.

Plasma versus LED versus LCD

Cost aside on all of this…

The only reason I could see using LCD technology is if the HDTV is in a brightly lit room. LCD will give you the brightest, most readable picture in a sun drenched room.

LED will cost more, but you can get a nice picture in the right room light (actually, dark).

Keep in mind that individual models will make all of this vary, I’m saying this with all other things equal – which they usually aren’t.

LED HDTV’s can really do a nice job. But… they won’t look as great as a nice Plasma set, if the Plasma set is in a nice, dark theatre room.

Plasma looks the best, typically, but it uses about 35% more power, and generates more heat. If you happen to live at VERY high altitude, Plasma is known for potential problems because of altitude. For most of us, no issue there. I am told that Plasma “burn-in” is no longer an issue.

Panasonic Plasma HDTV’s seem like the product to beat in this category.

LED and Plasma, as long as you spend enough in that category, will likely generate the “blackest blacks” for gaming and other content where a “gray” background would not be the ultimate.

An LED HDTV that you don’t spend enough money on can give you a blur in fast action like sports or an action movie. Spending less money means less digital processor, so beware of that if you are an action fanatic.

Another thing you may want to check for is if the set can do 24p true cinema display. Without it, you can get some “jerking” motions while watching movies. Motion pictures are filmed in 24 images per second and if the TV cannot display 24 image progressive, there will be a less than optimal viewing experience.

When it comes to LED HDTV’s, the Sony models (and the BRAVIA in particular) seem like an excellent choice.