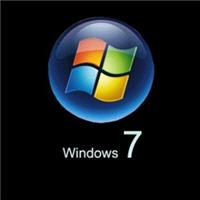 Well I finally had enough with one of my production machines running Windows XP and decided to upgrade to Windows 7 64 Bit. (If you are thinking about a Windows 7 upgrade, see this post and run the Windows 7 Upgrade Advisor).

The Windows XP install has had some issues for a long time, and besides I wanted to take advantage of some Windows 7 features like widgets and the ability to use all 4GB of RAM that I have.

But the BIGGEST improvement I expect is the result of upgrading to a SSD from a conventional SATA II 7200rpm hard drive.

With Windows, having enough RAM is important, but once you add RAM the only way you will REALLY see a performance improvement is to speed up access to the fixed disk. 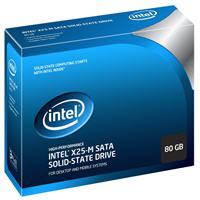 Now, you can install a SSD upgrade in Windows XP, but since XP does not support the TRIM command for garbage collection you have to make sure that the SSD comes with firmware/software or some method to keep the disk in tune or else its performance will degrade over time.

How Much Faster Is Windows 7 64 Bit With A SSD?

While I would love to show improvement statistics, there are just too many variables changed. Any clean Windows install should be much faster than an older, polluted one.

What I can tell you is that boot time is lightning fast. All programs open very quickly. There is no “chugging” of the hard drive.

Windows 7 with 4 GB of RAM is excellent (Click here for a RAM upgrade tool).

Windows 7 with a decent SSD is exceptional! The SSD I installed is an Intel X25M 80 GB Solid State Drive

My old hard drive is still installed in the PC, and actually it was just using a 90GB partition, but nonetheless, I have chosen to keep some items on that drive and can use it for quick & dirty short term backups.

When I made the decision to go Windows 7 64 bit instead of 32 bit, I knew there were going to be hiccups and possibly even some programs I would have to abandon.

I was a bit surprised, though, at how many issues – even in newer programs from large companies – that I still encountered.

My Canon printer was no big deal, just download the new driver.

Anything from Microsoft was a non-event as you would expect.

The Windows 7 incompatibility wizard has done a great job at automatically troubleshooting and setting compatibility options; although some stuff just will not work, period. And that’s OK, some things just need to be cast aside at some point.

I have done just a few Windows 7 64 Bit installations and upgrades before, and sometimes have simply opted for the 32 Bit version because I know the user involved would not deal with any glitches well.

The thing is, though, we need to move forward with 64 Bit platforms, if for no other reason than to try to stay up with Macs!

32 Bit should have been shut down years ago; shame on Microsoft, Intel, and even corporate America for not making this happen.

Without a 64 Bit operating system you are stuck at something less than 4GB memory usage and poor memory management.

With so much video editing and graphics, these PC’s need RAM. And I will say that video rendering with Sony Vegas Movie Studio HD Platinum is MUCH faster!

Dual Booting Between Windows 7 and the old Windows XP

The neat thing about most desktop PC’s is that you can do what I have done and installed both hard drives in the box, set the BIOS to boot the new SSD drive by default, but if I want to boot to the old Windows XP drive all I have to do is invoke the Boot Menu (with the <F8> key on my PC) and select the other hard drive to go back to Windows XP and view/copy any settings I missed.

That’s a lot better than setting up Windows to dual boot; no muss, no fuss, and I can take out the old drive at any time and not make any configuration changes.

Note: If you own ANY version of Windows you are entitled to buy the “upgrade” version at a reduced price. Only Vista PC’s can actually run the ‘upgrade’ process; otherwise you need to install from scratch – which really is better anyway.